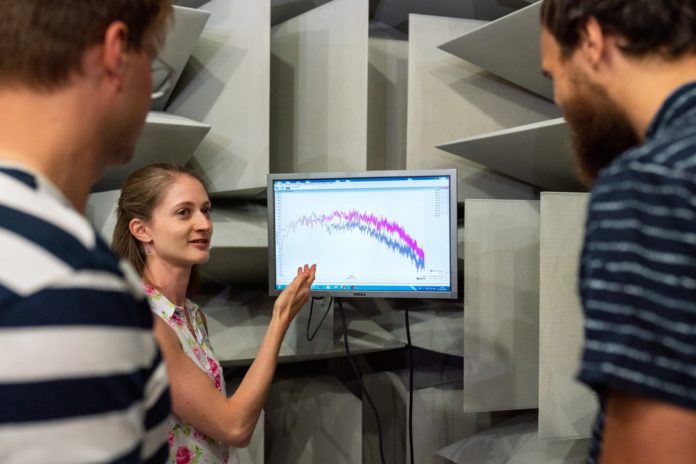 Last month, Alteryx declared the existence of a new category of analytics software: analytic process automation (APA). At face value, it’s essentially a marketing strategy to distinguish Alteryx from the pack – particularly its Ultrix APA platform – which the company feels doesn’t really fit neatly into existing categories like BPA, RPA and ETL. On the other hand, it’s also a sort of call to action to put humans at the center of enterprise analytics strategies.

Alteryx calls this the “democratization of data”, which is a way of saying that in order to really unlock the value of data, you need more than data prep, analytics and process automation – you also need to enable everyone in the company to become data analysts (if not data scientists).

Data visualization vendors like Tableau do something similar, but there are different levels of capabilities and tools in the market. This – along with the general collision of the business intelligence(BI), AI/ML, automation and analytics sectors – has created a lot of confusion among enterprise customers who aren’t sure what they need and which products will help, says Alteryx chairman and CEO Dean Stoecker.

“APA [as a software category] brings clarity to what has been a very confusing discipline,” says Stoecker.

“I think that the space has not been well defined – maybe that’s the vendors’ inability to see these colliding worlds. That makes it really hard for people to buy this stuff.”

What an APA platform does differently is that it creates a drag-and-drop / click-and-run environment for the enterprise, automates all analytics processes where needed, and enables managers to upskill the workforce so that literally every employee is able to leverage these capabilities.

“The APA platform doesn’t change the analytic process – it simply unifies the experience to allow every data worker to become a discoverer of marginal profitability across the enterprise,” Stoeker says. “It’s the only way that you’re actually going to futureproof your business.”

Data for the people

Alteryx hosted a virtual panel last month to discuss the APA concept, using case studies from two customers (Coca-Cola and PwC) to highlight how they’re creating data-driven cultures, why it’s essential that they do so, and their experience to date.

Chandana Gopal, research director of Business Analytics at IDC, observes that many organizations don’t have a cohesive data and analytics strategy to make their digital transformation initiatives work. Such a strategy needs to be highly scalable, which in turn requires sufficient automation. But technology alone isn’t the key, she adds.

“It’s not just about getting more data or more analytics – it’s getting data in the hands of the people that need to make those decisions every single day of their work,” Gopal says.

Rod Bates, VP of Decision Science and Data Strategy at Coca-Cola, says that this is exactly the tack his company’s digital transformation initiatives are taking.

“As we see more and more digital transformations take place, we quickly realized that having a data and analytics-skilled workforce is key to maintaining a competitive advantage,” Bates says. “We need to raise data literacy, data fluency and analytics capability throughout the organization.”

This in turn meant having a clear understanding of each worker’s needs and expectations – which is more complex than it might sound, Bates adds.

“We have digital natives joining our workforce that come in the door wanting to know where the data is, how they get access to it and how they can start putting it to work immediately. And then we have folks that have a ton of industry experience who are looking for ways to learn this new data analytics capability and incorporate that into their jobs,” Bates explains. “The key was to understand all those different use cases and the perspective which each of those workers were coming from, and look for flexibility in platforms that would help us identify solutions that make it easy to get onboarded.”

PwC chief product officer Suneet Dua says that when his company decided to transform into a data-driven culture, two ground rules were set: “We have to do this at scale, and everyone has to come on the journey unless they choose not to. That will then truly drive a culture of innovation.”

To do that, Dua explains, PwC forsook a top-down approach to digital transformation in favor of a parallel “business-led and citizen-led” approach. In other words, the business leadership selected the technologies and tools for the whole organization, and let the “citizens” (i.e. the people closest to the data) to use those tools to innovate.

“The citizens are closest to the data and know what needs to be taken out and what needs to be automated, and we allow them to go build in a way where they can create this culture of innovation,” Dua says.

“We don’t do hackathons a month – we do a hackathon a minute. We also gamify this where we pay some of our folks for the automations that they’ve developed.”

Dua’s point about employees understanding what needs to be automated is worth expanding on, because the APA also embraces the concept of “hyper-automation” of business processes – a term that IDC’s Chandana Gopal says is easy to understand at a time when many employees associate automation with job replacement. Hyper-automation sounds like a plan to automate as many processes as possible and cut humans out of the loop completely, when in fact the object is to automate processes in a way that ensures human participation.

“We defined a framework at IDC called the AI automation framework, and what you do is basically take a business process, break it down into the lowest level tasks and activities that form that process, and you decide whether a machine – meaning automation – or a human is best suited to do each task or activity. Or maybe the machine does it and the human just governs it,” Gopal explains.

An easy example is medical imaging, where AI can automate comparisons of X-ray or CT scan images, but a human doctor makes the diagnosis and prescribes treatment, she says. “So there’s all these different levels of automation that you can achieve in different parts of the organization.”

Bates says the people-centric approach to APA has already paid off for Coca-Cola on several fronts, such as faster feedback on the effectiveness of advertising and marketing campaigns, streamlining the supply chain to get products from the warehouses to the right shelves faster, and speeding up financial processes.

“What we’re really excited about in each one of those is that those business users take what is often started by someone from the analytics team, and take it even further – they’re able to expand on what we build originally and enhance the partnership, and they take that and propagate it throughout their organizations,” Bates says.

Meanwhile, PwC’s Suneet Dua says his company has realized increased productivity gains, new revenue streams and a generally innovative workforce – which he says is especially exciting when remembering that digital transformation is not a one-off event: “This is a continuous journey into this digital lifestyle that we’re going into, and we have to continue to do that to achieve ROI year on year.”

Different organizations will naturally measure the benefits of APA in different ways. IDC’s Gopal says that while it’s essential for any digital transformation initiative to have clearly defined goals (and it doesn’t matter if they’re modest of grandiose, so long as they’re realistically achievable), it’s advisable to expand your horizons on what counts as a metric of success.

“When some people launch these projects, they think the goals or the metrics always have to be defined by dollars or ROI of some kind,” she says. “But often the benefits can be improving employee satisfaction, customer retention, sentiment or your NPS.”

Gopal adds that a well-established key ingredient for DT success is for managers to lead by example. “If you’re a manager or an executive, think about how you can use data in your daily life, how can you bring analytics to your discussions with people that report down to you, because nothing makes them more data literate than having their leaders use data and analytics in their daily lives.”

Alteryx’s Stoecker suggests that analytics software vendors do likewise. “All software vendors should think about their technology as a B2C play, even though they classify as B2B. This is all about humans – it’s all about consumers, it’s about people who can leverage all of this data to automate all of these processes to get the value.”

January 21, 2021
Realising that business transformation in the post-COVID world is inevitable, companies are turning to AI platforms and technology to accelerate their transformation. Beyond digital...

How the disposable nature of tech is putting your businesses data...