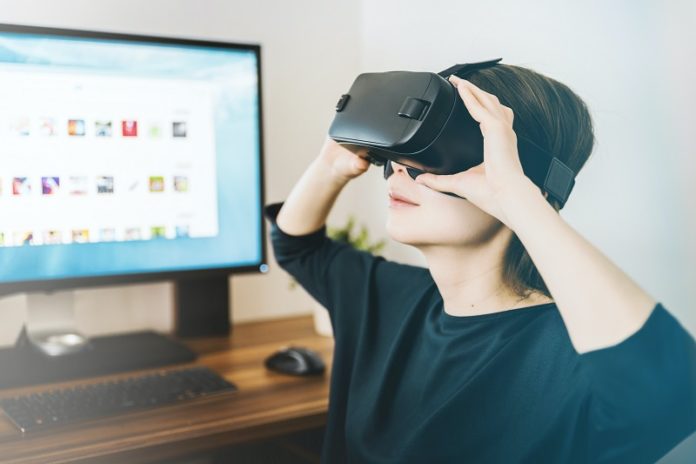 Thanks to COVID-19, OTT videoconferencing platforms are all the rage these days, particularly for enterprises that have been forced to implement work-from-home policies.

But videoconferencing has its downsides, from unstable connections and poor voice or video quality to login issues and the chaos that ensues if too many people try to talk at once. Also, while many people prefer video calls because of the added value of seeing non-verbal cues, videoconferencing platforms still don’t capture this as well as a face-to-face conversation – especially for sessions where anything above four participants reduces your face to a tiny box in a grid of other faces.

Consequently, some tech experts are saying we need to move on to the next logical step: virtual reality (VR) conference calls.

According to this article from IEEE Spectrum, companies like Mozilla and Immersive VR Education have enabled event conferences to be held entirely with VR, and the events went so well that smaller-scale VR for conference calls seems like an obvious application. VR researcher Blair MacIntyre (who works for Mozilla and the Georgia Institute of Technology) told Spectrum that the latest VR tech is now capable of conveying social cues like posture, eye gaze, head nodding and hand gestures that you don’t get from videoconferencing apps.

Meanwhile, another article from TechRadar declares that VR is the future of remote working because Zoom simply cannot replicate an office environment the same way VR can:

“By creating a virtual location to explore, handing each other documents, working on a project that involves virtual tools or holding up a prototype, walking around a new building and inspecting the design, or interacting in other ways, VR could be the one thing that makes remote work and stay-at-home office interactions more bearable.“

Meanwhile, literally while I was writing this, HTC Vive released the free beta version of its Vive Sync VR remote collaboration, and meeting platform. It supports up to 30 attendees at a time, and use cases include “internal creative meetings, online classroom discussions, virtual press conferences, and remote sales presentations.”

Objects are not as close as they appear

But while it might seem that VR conferences are the Next Big Enterprise Thing, there’s one small problem: we’ve been hearing for years that VR will be a workplace game-changer – and we’re still waiting.

That’s not to say enterprises have no use for VR. In fact, enterprise is primed to be the big market for VR, eclipsing the consumer market sometime next year, according to ABI Research with healthcare, retail, AEC, education, and location-based VR seeing early traction.

However, they’ll mainly be using it for apps like training and 3D visualization, although ABI principal analyst Michael Inouye says that other apps – including virtual meetings – will become increasingly common as hardware and platforms improve and evolve.

That said, two key barriers to VR conferencing in a WFH scenario specifically are costs and logistics. Enterprises would have to fork out to supply and deliver VR headsets to its remote workforce. Meanwhile, because VR is far more bandwidth-intensive, each employee would need to have sufficient Wi-Fi bandwidth at home for VR to work properly.

These barriers can be overcome if you throw enough money at them. But the real challenge to VR becoming everyone’s new favorite meeting tool will be the user experience.

Motion sickness, headaches and eye strain are recurring issues with VR usage. Even once the technology improves to the point of eliminating health-related side effects, there are other user-related safety issues. For example, what happens if you’re sitting at home fully immersed in your virtual conference and, say, your real-world house catches fire, or your kids hurt themselves while playing?

As for VR’s ability to better replicate non-verbal communication and being in the presence of other humans, that could work if the VR platform can accurately replicate each person as a photorealistic avatar. But for now, VR avatars look more like videogame characters or – in the case of Mozilla’s Hubs – Lego versions of Sanrio knockoffs. That would make for a fun meeting, but probably not a productive one – and it wouldn’t give you any useful non-verbal cues.

HTC Vive says otherwise about Vive Sync, but I’m sceptical – the avatars may convey body language, but they look like videogame characters, not real people. That alone may throw people into the uncanny valley effect to the point of negating whatever non-verbal language avatars might convey.

Perhaps more to the point, how many people would want to have an avatar that looks like their real selves in the first place? There’s a reason everyone in Second Life looks like young sexy supermodels or anthropomorphic animals, you know.

To be fair, videoconferencing platforms have their flaws, and WFH is a big adjustment with a lot of wellbeing risks that have to be managed. And yes, it’s still not as good as face-to-face. But neither is VR. And VR might not so much correct the flaws of videoconferencing as replace them with different ones.

On the whole, I can’t imagine why an enterprise would fork out extra money for a VR conferencing platform (even if you could use one running on the public cloud), enough headsets for everyone and subsequent training when videoconferencing platforms are so much more cost-efficient and effective.

Ultimately, the two biggest questions every enterprise CIO should be asking is this:

The answer will naturally vary. If you’re a games designer or an architecture firm and you need an immersive demo, then maybe VR is a useful tool. If you just want to discuss strategy and share a PowerPoint from your screen, you can do that now with Zoom.

Either way, VR conferencing seems likely to remain a relatively expensive novelty for some time. The tech may be here and ready, but just as people aren’t designed to stay cooped up at home holding endless Zoom meetings, they’re also not designed to strap on VR goggles and communicate with avatars as though they’re indistinguishable from real people.

Sure, people may get used to it eventually. But then a lot of tech experts used to say the same thing about 3D movies and television sets, and look how that worked out.

You’re probably better off using Second Life – which, as it happens, has seen a major uptick in usage in markets where lockdowns have been enacted, according to creator Linden Labs. On the other hand, as a videoconferencing substitute, let’s just say that unless you’re an experienced user, that first meeting will probably be awkward. 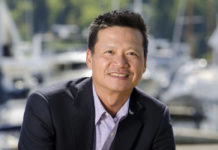