Firms in Singapore are becoming more comfortable with more sophisticated “Cloud 2.0” technologies, even as they confront difficulties in hiring and retaining IT talent, according to the Multicloud Annual Research Report 2022 from Rackspace Technology.

The report is based on a survey conducted by Coleman Parkes in April 2022, covering 1,420 senior IT decision makers across multiple key sectors in the United States; Latin America; Europe, Middle East and Africa, and the Asia-Pacific region.

Among the 120 respondents in Singapore, 75% said that a scarcity of talent is inhibiting the adoption of new cloud development methods. Yet, cloud development continues to be a top priority for local organisations, such that 60% do not envision owning a data centre in five years.

The survey also found that local organisations’ top cloud priorities are evolving from “basics” such as agility (24%) and scalability (36%) toward more sophisticated issues such as security (37%) and compliance (33%).

Moreover, an increased appetite for risk among IT professionals can be seen in their enthusiasm for exploring edge technologies (41%) and containers (54%), while over half plan to invest in hyperscale providers.

The survey underscores a growing talent dilemma for Singapore IT leaders, with more than half (52%) of all respondents citing talent shortages as major business challenge, well ahead of concerns such as product shortages (36%) and wage growth (28%).

Companies are employing a variety of tactics to attract new IT talent, including promoting opportunities for training and development (43%), offering hybrid/flexible/work-from-home schedules (37%), increasing starting salaries (31%).

“To continue to effectively leverage the benefits of cloud technology, businesses can address the challenge of hiring and retaining the much-needed IT talent in the region by joining forces with external cloud solutions providers,” said Sandeep Bhargava, Rackspace managing director in Asia Pacific and Japan.

The survey shows that the majority of local respondents uses multicloud, with majorities saying they are using either AWS, Azure and/or Google Cloud.

In addition, 73% are already finding new uses for single tenant and/or private cloud infrastructure, while over half (56%) said they plan to run serverless applications. Also, 28% say their applications currently run on serverless technology, including functions such as automating workflows, scaling IoT apps, enabling virtual assistants/chatbots, and running SaaS functions.

Survey respondents cited security as the most important factor to consider when choosing a cloud environment (37%), ahead of scalability (36%), compliance (33%) and flexibility/agility. (24%).

Security is also the leading reason companies use external partners. In addition, more than half of respondents (51%) cite security as their biggest barrier to using serverless. 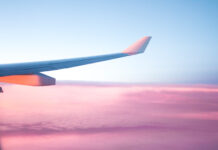