There is an abundance of forecasts on the impacts of AI-driven automation. It elicits a level of uncertainty and doubt about its risk and opportunities, all of which boils down to one all-important question: Will automation create jobs or destroy them? Are we facing an era of great societal change, or will we, after a period of adjustment, end up going back to the status quo?

We’ve all come to accept that the rise of automation is undeniable. Indeed, a recent report from the OECD suggested that automation and AI would eradicate or substantially transform nearly half of all the jobs that currently exist in the next two decades. In certain cases, it means that there will be direct job losses – the OECD estimated that around 14% of the jobs would be entirely automated, while 32% of occupations would be highly different when compared to the present. Closer to home, a 2018 study predicts that 20.6% of Singapore’s full-time equivalent workforce will have their jobs displaced by 2028 – the highest figure among all Southeast Asian countries.

The World Economic Forum (WEF) corroborates these findings, with a 2018 survey representing 15 million employees in 20 economies predicting that robots, AI and other forms of automation will change the workplace in the coming years.

Some of these numbers are ominous – 75 million jobs are predicted to be displaced, while 54% of the workforce requiring re/upskilling. That said, it’s not all bad news. While businesses will face pain as they adjust to new lower-cost and higher-productivity expectations, the overall assessment is for jobs growth. For all the jobs that will be displaced, 33 million new jobs are predicted to be created. Additionally, 38% of companies are expecting to grow their workforce – and 28% of companies believe automation will directly impact that growth.

With the change in employment requirements, the challenge is how to help current workers equip themselves with the capabilities to handle the work of the future. The reality is that today, more than half of workers do not have these future skills and lack ICT experience. The time to develop a future jobs and skills strategy is now.

History is on our side

So does your workforce need to fear automation? Yes and No.

Let’s consider how big businesses have looked to streamline costs for decades – automation is not a new trend. In 1997, for example, telecoms company Telstra had 77,000 employees. Today, that figure stands at approximately 30,000 with plans to slash around 6,000 more. And this has happened while growing revenues.

Technology and automation drove many of these cuts. However, many displaced employees went on to join competitors, service providers or other ancillary businesses – or even set-up their own start-ups that are gaining market share today. Meanwhile, other roles fell by the wayside. Secretaries, typing pools, data entry clerks, and so on, are disappearing.

What has changed with automation is the WAY we automate. Traditionally this involved implementing big, costly and complex applications and systems. Today automation can be inexpensive, fast and easy – sometimes IT skills are not even required to automate human processes.

Surely, this means the job pool will continue to shrink – I hear you ask?

Here, how you automate and what you automate makes a big difference. A few businesses today are creating Automation Teams or Centres of Excellence – banks, telecommunications providers and utilities in particular are leading this push. They are developing the ability to find automation opportunities, prioritise the business case, document processes, implement the technology, drive the change management, and manage the robot or AI in the longer term.

In this landscape, it’s vital that they educate the entire business on the benefits of automation, identifying opportunities, and questioning whether automation will leave processes improved, simplified or intelligent.

Businesses can then take those savings from automating functions to invest them into other areas. Consider banks as an example – they don’t NEED mobile banking apps. They could have saved money and not invested in these functions. But as competitors invested, each bank decided to build their own, creating many new roles and additional spending within their business. So, while some functions done today by humans will be automated, many new functions will emerge – those which need new skills and capabilities.

Note, new skills. Technology is, without a doubt, driving the redundancy of several existing skills – and this change is happening faster than ever. It is no longer from generation to generation – or even every decade. Skills need constant updating; for example, the way mobile developers design and create apps and websites has changed significantly even in the last five years.

However, while technology is putting people out of jobs at an accelerated rate, businesses also need new skills faster than ever before. The challenge will be for those who have no plans or desire to re-skill – they will be the ones left behind. Those who are continuously improving and changing their skill sets, however, will be high in demand.

Ambitious employees should therefore take advantage of the plethora of free and low-cost training that is available to learn new skills before they are demanded of them. There is a lot of impending disruption and change. But knowing that means we can prepare and take advantage of that change – not be a casualty of it. 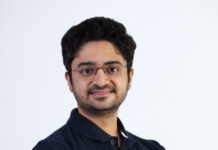 Supply chain trends to watch out for in 2023 Workers across the globe are keen on upskilling, reskilling and career growth