I recently came across a green paper [PDF] from digital B2B analyst firm and consultancy Omnisperience proclaiming an all new business category that service providers should be paying more attention to: “nanobusiness”.

No, not nanotechnology companies. In this case, a nanobusiness is the next category of business below “microbusiness”, which is generally classified as smaller than an SMB – fewer than ten people, and as low as one person. A nanobusiness is classified as less than one person – which sounds silly, but it’s not about how many people are employed, but the amount of hours they’re putting in to run that business, whether it’s because the person works less than eight hours a day, or the business is highly automated.

The nanobusiness concept has been kicking around for a few years, but isn’t widely accepted or clearly defined in terms of what counts as a nanobusiness. According to Omnisperience, it would include the kind of jobs we normally associate with the gig economy – Grab drivers, Deliveroo drivers, Airbnb hosts, or people who bid for jobs on TaskRabbit and Upwork, for example.

However, Omnisperience chief analyst Teresa Cottam writes that the nanobusiness category also includes people selling handcrafts on Etsy, “influencers” on Instagram or people uploading lifehack videos on YouTube. In general, she says, “It includes the grey area of work and play where hobbies are being monetised for financial gain.”

At face value this could come across as slapping a fancy ‘nanobusiness’ label on an existing workforce segment. And in a way it is, but with a specific goal: to convince service providers to look at gig economy workers as a new, vast and untapped B2B segment. In other words, individuals who make money via Grab, Airbnb, Etsy or other platforms could be considered as a business in their own right – like an SME or microbusiness, only smaller (hence: nanobusiness).

The next B2B frontier?

Why bother? Well, if you’re looking for a large and untapped B2B market, this could be it. According to Omnisperience, the nanobusiness sector will be worth over $1 trillion by 2025 and “will drive demand for a wide range of ICT services worth billions of dollars to B2B service providers.”

That’s a global figure, but a lot of that could potentially be driven by Asia, where the gig economy is growing rapidly. According to a report from Beroe last year, Southeast Asia in particular is a hotbed for gig-economy growth, while figures from the World Bank estimate that the percentage of freelance workers in Southeast Asia ranges from 26% in Malaysia to over 50% in Indonesia.

Of course, it’s easy to be optimistic about the gig economy and the nanobusiness opportunity when you just look at the numbers. When you look at the actual worker experience, the downsides become apparent – especially in emerging markets.

In the Philippines, for example, where an estimated 1.5 million people are classified as freelance workers, the stress of the gig economy has already become apparent. A recent PayPal survey found that job stability is a major concern for 92% of gig-economy workers in the Philippines. Meanwhile, reports ASEAN Today, another concern is that many gig-economy platforms pit freelance workers against each other, resulting in a race to the bottom as freelancers (especially new ones) are forced to lower their fees to get work.

But that doesn’t mean service providers are better off forgetting the nanobusiness segment. Nanobusinesses would arguably welcome services specifically designed to make their life easier and their products and services more monetizable.

In fact, if we’re learning anything from the current situation with COVID-19, nanobusinesses are particularly vulnerable.

Lack of employer-paid health insurance and sick leave is an easy example, although Axios reports that Uber, Lyft and Instacart are offering their gig workers compensation for up to 14 days if they either catch COVID-19 or are required to self-quarantine. But the bigger problem – especially for drivers – is the drop in business as more people stay at home. Meanwhile, hosts who rent out their properties on Airbnb and Vrbo are now facing mass cancellations (and lost revenue) as travel plans are junked and customers see no reason why refunds can’t be granted as the cancellation is not their fault.

COVID-19 has arguably been better for on-demand delivery drivers (although of course they also face higher risks just by being out and about, and will lose badly needed income if they are sick or quarantined). If we accept Omnisperience’s definition of influencers and YouTube creators as nanobusinesses, COVID-19 might make little difference to them, depending on how much of their content involves traveling or going outside with large groups of people.

That  said, the impact of COVID-19 on gig-economy workers is most apparent in countries where governments are offering financial relief to businesses, including SMBs and microbusinesses – but not to gig-economy workers, who aren’t legally considered to be businesses. The adoption of the ‘nanobusiness’ category might change that, though only if it becomes accepted widely enough.

Give the gig workers what they want

In any case, Omnisperience is convinced the gig-economy workforce is a B2B opportunity for service providers that’s worth pursuing.

And the place to start is just like with any other B2B customer – find out what their needs are, whether it’s raising capital, lack of insurance, promotion or logistics. All of these can already be offered as-a-service to SMBs and microbusinesses. The trick for service providers is to work out how to deliver them to a business operating at a nano level – and in a way that can differentiate between a business and a consumer.

To an extent, we’re already starting to see this with things like digital-native micro-finance companies offering loans, credit and insurance services not only to low-income and unbanked/under-banked consumers, but to SMBs as well. These could easily be packaged and targeted at nanobusinesses – provided the finance company has digital-native flexibility.

In fact, the nanobusiness opportunity is one where digital transformation projects may really pay off. Cottam at Omnisperience says service providers need to have “standardised offerings that are easy to buy and configure, and removing barriers to sale.” That shouldn’t be a problem for companies that have successfully transformed their business processes to be as agile and flexible as possible – and adopted a similar mindset. 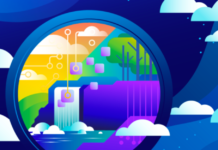 Multi-cloud paths for most APAC firms are fuzzy 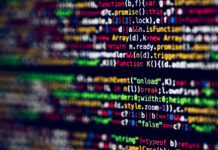 Aiven CTO talks about the future of open source in SEA