About two-thirds (68%) of data available to enterprises goes unleveraged, a survey of 1,500 global business leaders shows, according to Seagate Technology.

“The report and the survey make clear that winning businesses must have strong mass data operations,” said Seagate CEO Dave Mosley. “The value that a company derives from data directly affects its success.”

Key findings further show that data management is increasingly important as data proliferates. IDC projects that over the next two years enterprise data will grow at a 42.2% annual rate.

Managing data in the multicloud and hybrid cloud are top data management challenges expected by businesses over the next two years.

Also, the report identifies the missing link of data management — data operations or DataOps. While the majority of respondents say that DataOps is “very” or “extremely” important, only 10% of organisations report having implemented DataOps fully.

The survey demonstrated that, along with other data management solutions, DataOps leads to measurably better business outcomes. It boosts customer loyalty, revenue, profit, cost savings, plus results in other benefits.

“The findings of this study illustrating that more than two-thirds of available data lies fallow in organisations may seem like disturbing news,” said Phil Goodwin, research director at IDC and principal analyst on the study.

“But in truth, it shows how much opportunity and potential organisations already have at their fingertips,” said Goodwin. “Organisations that can harness the value of their data wherever it resides—core, cloud or edge—can generate significant competitive advantage in the marketplace.” 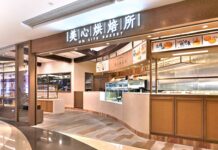