SD-WAN has been around for several years, initially starting as a way for enterprises to virtualize their WANs across different locations. Service providers have been quick to add SD-WAN to their enterprise managed services portfolios, pitching it as the ideal solution for enterprises facing increasingly complex networking requirements who need frictionless network access to cloud-hosted apps and better visibility into service performance.

However, SD-WAN’s success has also resulted in a fragmented market of service providers and vendor solutions that don’t play well with each other – which is ironic, as one of the attractions of SD-WAN is its ability to simplify increasingly complex networking environments as enterprises increasingly leaning towards multi-vendor solutions, hybrid cloud (mixing private and public cloud) and multi-cloud services (i.e. using Amazon Web Services, Azure and Google Cloud for your public cloud segment). The result has been a whole lot of market confusion, interoperability problems and the dreaded vendor lock-in.

According to a 2018 survey commissioned by MEF and conducted by Vertical Systems Group, the most commonly cited challenge was lack of an industry-standard definition for SD-WAN framework and services. Other pain points include the lack of common service orchestration APIs between SD-WAN vendor implementations, and the absence of a certification framework for baseline SD-WAN compliance.

Industry organization MEF – which has dealt with similar issues with Carrier Ethernet services – has finalized its first standards to alleviate the pain.

The new standard, MEF 70 – which has been in the pipeline for months but was officially released in late August – describes the requirements for “an application-aware, over-the-top WAN connectivity service” that uses policies to determine how application flows are directed over multiple underlay networks, regardless of what technologies are being used for the underlay or which service provider delivers the service.

Put another way, MEF 70 provides a standardized end-to-end, Layer 3 overlay that works on top of various WAN services. Path selection and control are governed by policies at the app layer. The standard also defines things like service attributes that describe the externally visible behavior of an SD-WAN service and rules related to how traffic is handled.

“The first thing we did, which in my opinion is the most important thing, is to create a common language for all the stakeholders in the ecosystem – buyers, sellers, service providers and vendors can now use the same terminology,” Yaron said.

Yaron added that this is the same approach MEF took with Carrier Ethernet services. “We saw that [establishing standardized service definitions] was very important to scale the services.”

MEF 70 – which was developed as part of MEF’s standardized LSO (Lifecycle Services Orchestration) architectures – promises to improve overall customer experience with hybrid networking solutions by making it easier to not only mix and match service providers, but to apply policies to the services in a standard way that can ensure a better (and measurable) app experience and guaranteed service resiliency.

“The momentum of SD-WAN adoption, along with the large and ever-growing community of players in the SD-WAN ecosystem – vendors, service providers and enterprises – has created an information vacuum in terms of how we deploy SD-WAN over multiple underlay connectivity services and across multiple service provider networks,” said Jennifer Clark, principal analyst at Heavy Reading. “The MEF SD-WAN standard is the first step to addressing this vacuum with a common language by which we can define SD-WAN services and service attributes.”

Mike Sapien, chief analyst at Ovum Enterprise Services observed that the market is ripe for SD-WAN standards as customer adoption starts to increase and service providers struggle to keep up with market demand.

“Hybrid networking, including SD-WAN services, can only grow in adoption and deployment, and having the same definitions and standard for comparison should make it easier for the providers and customers to understand the various service attributes and confirm feature alignment,” he said. “Customers are becoming more aware of the more common features beyond routing, and having this standard as a reference will help in current and future deployments.”

MEF also says this is just the start of its standards work on SD-WAN. The next phase (MEF 70.1) will include work on service attributes for application flow performance and business importance, SD-WAN service topology and connectivity, and underlay connectivity service parameters.

MEF said it also is working on related standards for things like application security, intent-based networking to simplify the subscriber-to-service provider interface, and information and data modeling standards to accelerate LSO API development for SD-WAN services.

Clark of Heavy Reading said that all of these will form the building blocks for an MEF SD-WAN certification process, “which enterprise SD-WAN customers will need as they evaluate and deploy SD-WAN services.” 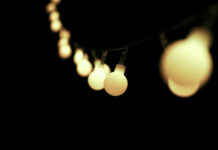 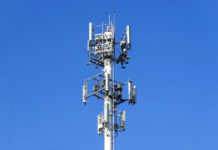