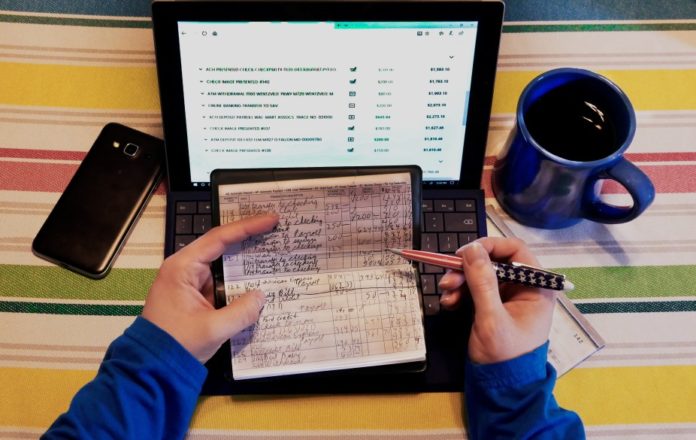 The sudden outbreak of the COVID-19 pandemic has led to banks focusing on their online presence. According to a McKinsey report, customers in Asia have been changing their banking habits, growing more open to exploring digital options for fulfilling their financial needs.

The demand for digital banking is high, and the sector is being disrupted from the outside. Last December the Monetary Authority of Singapore (MAS) announced that four successful applicants — some from outside the financial sector — were granted licences to operate new digital banks in Singapore.

Another McKinsey study reveals that digital banking has soared across Asia since 2011, with consumers turning more to smartphones, computers and tablets, and less frequently visiting bank branches. In developed Asian markets, Internet banking is now near-universal and smartphone banking has grown more than threefold since 2011.

Digital banks have grown customer bases 3x as compared to the growth seen by traditional banks in the years 2019-2020 as per a report by IDC and Backbase. The report also mentions that there will be at least two digital banks in every APAC market by 2025. In 2020, around 63% of banking customers in Asia Pacific were willing to switch to digital banking.

DigiBankASIA has rolled out its focused, full-service digital bank called UNO. The bank chose the Philippines as its first market and is currently working on obtaining the necessary licensing required.

More than 70% of the population in the Philippines is unbanked, but Manish Bhai, CEO and co-founder, DigiBankASIA /UNO believes that the Philippines is “going through a digital revolution.” The country has set aggressive targets, aiming for 50% of all payments being digital by 2023. Filipinos have high mobile and internet penetration over 100% and spend the most hours globally on social media.

Bhai said that UNO is on a groundbreaking journey to cast its net wide and help both the unbanked and underserved communities. He is confident that UNO’s agility, quick response and availability of products, plus an easy interface with hyper-personalisation will help bridge the gap.

“UNO is a trusted, single app to solve all a customer’s financial needs with speed and ease. To expand – UNO is one app for one’s entire financial life cycle; to save, borrow, transact, protect and invest. UNO is trusted, secure, resident and regulated (we are working with the regulators to obtain a license),” he explains.

Research by Finastra reveals that corporate banks are shifting from the traditional ‘relationship builder’ approach of client interaction, and switching to being ‘platform players’ — to support real-time execution.

Corporate banks are more likely to prioritise online banking, value-added services and real-time service and execution in the upcoming five years. The report also highlights cloud technology and digital signatures as the main tools for banks to adapt to online services.

There are frontier technologies being used aggressively within the new digital banks. Bhai explains: “Our tech stack is cloud-native, completely composable and built on micro-services and a ‘Lego block’ approach. The Customer-First experience is delivered by using an AI-first approach to technology, wherein we are leveraging AI and ML for multiple process flows and journeys from onboarding, credit evaluation, product propositions, security checks, personal portfolio management, etc.

With technology at their core, how safe are digital banks from cyberthreats?

According to Joanne Wong, Vice President, International Markets, LogRhythm, the financial services sector is one of the most targeted sectors for cyber attacks, with cyber criminals naturally hitting hard at where the money is. “Now add digital banks into the mix – with incumbents and fintechs accelerating digital finance innovation over the past few years – and the risk only amplifies,” she says.

She warns that the need for speed and reliance on digital is sometimes prioritised at the expense of cyber security. Digital banks have less time to conduct thorough verifications and prevent fraud, and at the same time have to expend more resources to monitor activity across an ever-expanding online network.

The result, according to Wong, is increased vulnerability to attacks from cyber criminals, who are themselves becoming more sophisticated in their modus operandi. They are quick to expose vulnerabilities in security systems and can launch a myriad of cyber attacks; from malware automated threats to input malicious code, conducting identity theft and account takeovers, and hacking databases to access sensitive customer information.

Wong asserts that digital banks cannot afford to just be on par with their peers in terms of security diligence — they must go above and beyond to invest in the cyber security infrastructure they need in today’s digital economy.

To start, they must regard cyber security as a central plank to their digital operations. They must take ownership over their customers’ data security, and maintain visibility across their entire network (including any third-party vendors they work with). They can also adopt new protocols like a Zero Trust model to tailor controls around sensitive data and networks based on user roles, to minimize the impact of a compromise on the larger organisation.

Banking as a Service

The Australian market is also proving attractive for digital bank players to operate in. According to KPMG, greater digitisation across financial services and an increasingly pro-fintech regulatory environment — through such initiatives as the introduction of the Consumer Data Right Rules (CDR) in July 2020 — is creating new opportunities for innovation in Australia. Visa also recently reported the huge potential it sees in the Australian fintech scene, with more than 81 per cent of local fintechs considering the market opportunity to be well in excess of $140 million.

The partnership between Volt and Railsbank exemplifies the way fintech players are stepping in to power digital banks. Volt is a neobank in Australia to employ a platform and partnership strategy, with partners such as Microsoft and Cotton On. Deposits with Volt of up to $250,000 per account holder are covered by the Government’s Financial Claims Scheme. Railsbank, a Banking as a Service (BaaS) platform, has just launched in Australia via a partnership with Volt.

Railsbank offers embedded finance, allowing “a company, or a brand, to prototype, build and scale any financial use case”. Its customers use Railsbank’s APIs as building blocks to deliver products for their own end users, including apps that help manage and distribute money in real-time. Railsbank’s products were developed out of a core finance platform and include Banking-as-a-Service and Cards-as-a-Service.

The embedded finance market in Australia is in its infancy, but both Railsbank and Volt believe it is set for rapid growth over the coming years. Volt will also engage with Railsbank’s global network of partners and customers, and enable a broader BaaS solution in Australia that will enable companies to prototype, launch and scale financial products within their own customer experience.

Justin Xiao, COO of Railsbank, Asia-Pacific, says: “Australia’s fintech scene is thriving and Railsbank has a lot to offer in terms of bringing innovative solutions and best practices to customers. Collaborating with Volt gives us access to local knowledge and capabilities to help us succeed. This is a significant partnership for Railsbank as we continue our expansion in the Asia-Pacific region.”

Railsbank is headquartered in the UK and has offices in Singapore, the Philippines, Malaysia, Vietnam, Sri Lanka, the US, Germany, and Lithuania. It has relationships with numerous banks and financial institutions across Europe, the US, and Asia-Pacific and will continue its expansion across Asia with a view to deepening its footprint in Japan, the Philippines, Thailand and Vietnam later this year.

In November last year, Railsbank raised US$37 million as part of continued equity funding to support its global growth and product expansion. Significant investors include Visa.

Are traditional banks on the way out?

Digital banks have fundamentally reshaped customer relationship management with open and transparent communication, leaving traditional banks behind in many cases.

According to Neo, a digital bank in Canada, digital banks offer significant advantages over traditional banks. Simplicity in onboarding, personalised experiences, cost savings because of low overheads — all these make digital banks more attractive to customers.

However, Myles Bertrand, Managing Director APAC, Mambu, believes that this doesn’t mean traditional banks are on their way out. “There is absolutely still a place for traditional banks in the new digital landscape, but it is clear that many need to make some fairly significant changes to the way they operate in order to stay competitive.”

Legacy banks need to start thinking more like fintechs – which are agile and lean – in order to compete effectively with digital banks, according to Bertrand. “Many traditional banks are stuck doing the same things they’ve always done and expecting the same results; these are the organisations that will ultimately lose out to the fresh new digital banks and fintechs that are ramping up in the region.” Ultimately, traditional banks that will truly thrive in the digital era are those that see change as an opportunity, and are open to new ideas and ways of doing things.

“At Mambu, we’ve worked with some of the world’s largest and oldest banks as they’ve successfully digitised their products or launched new digital arms – it is certainly not a given that ‘old’ banks won’t survive in this new world. But they need to embrace change and realise that there’s no going back now. The future is digital.”