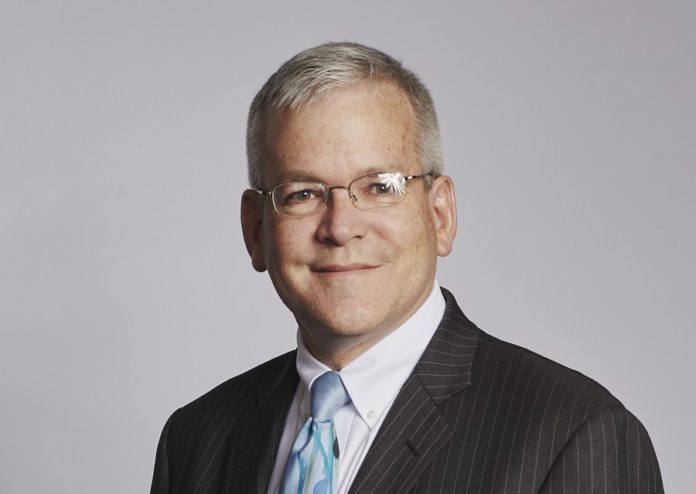 The challenge presented by Covid-19 has been as significant a global social and economic shock as there has been in living memory. It is not clear when and how we will return to “normal”, or even what “normal” might be, but the pandemic has rather instantly accelerated trends to working, and increasingly socialising, remotely.

Enforced lockdowns have significantly accelerated our journey towards a digital society. The Singapore government for instance, has estimated a SGD3.5 billion spend on ICT in FY2020 – a 30 percent increase from FY2019’s projected spend – to accelerate digitalisation, in part to aid citizens and businesses with digital tools to resume work and operations safely and seamlessly. As a result, the issue of connectivity, reliable and ubiquitous, has been brought to the fore.

Go Anywhere has been replaced by Work Anywhere and once-centralised companies now have thousands of “small remote offices” in many countries, many of which may likely become permanent. Remote work is expected to become a permanent feature in APAC, as the region witnesses an increase in demand for remote work among job seekers, albeit at different rates of uptake in each market. Office tenants within Asia are also predicted to permanently give up around 3 to 9 percent of their existing office space. For both individuals and society to succeed in this new flexible working environment, reliable and secure communications networks need to underpin everything we do. What’s more, as future technologies, such as autonomous vehicles and the Internet of Things (IoT) mature, this type of connectivity will become ever more crucial.

Our needs for connectivity have changed in several ways, with the demand side showing the most significant shifts. There have been drastic changes in network traffic patterns around the world. With the move to people regularly working from home, domestic broadband networks are being used more consistently throughout the day, whereas previously they would see a surge in the evening. In Singapore, the government has gone so far as to fine local telco providers over disruptions to their broadband internet service, as this contravenes the Code of Practice and has caused widespread inconvenience for many remote workers.

At Inmarsat we have seen habit and demand changes over our satellite networks. For example, in the maritime sector during 2020, data usage on-board ships is doubling roughly every eight months. As crew keep global trade moving, Covid-19 restrictions in many countries can prevent them coming ashore. Therefore, on-board connectivity to their families and friends, to the internet and to the broader outside world, has proven critical to their mental wellbeing – while access to telemedicine services support their physical wellbeing – and their ability to continue to support the delivery supply chain that we all increasingly depend upon.

Furthermore, with on-board Covid-19 restrictions preventing certain inflight services, access to streaming movies or connections to the world outside on the plane greatly enhance the passenger experience. Forty per cent of APAC respondents from our recent Passenger Confidence Tracker agree that on-board Wi-Fi matters more than ever before. While international travel is yet to fully recover, regional flying seems to be rebounding more quickly, particularly in Europe where our European Aviation Network (EAN) saw record data usage rates in late summer, with people expecting the same levels of connectivity that they had become accustomed to at home.

Bi-directional networks are the most notable change

Demand has undoubtedly evolved over recent months. How we are using our networks has changed from asymmetric use, where the network is dominated by one-way traffic, typically data or video download, to symmetrical traffic where traffic is equally distributed in both directions across networks, such as voice and video calls and document sharing.

Driven by the sudden global lockdown, video conferencing has quickly replaced the traditional phone call, where face-to-face meetings are not currently possible. APAC’s video conferencing market is predicted to register the highest CAGR globally over the next seven years, thus placing even greater demand on networks that were not designed with two-way data exchange in mind. Meanwhile, an expectation to be able to stream content in real time, even while on the move and in remote locations has developed. This pattern has been replicated all around the world.

The unexpected rise in remote working, not just away from the office but in the air, at sea, or in remote locations inland, combined with increased in-home connectivity over recent months, has put pressure on digital infrastructure. As we continue to operate in an uncertain landscape, flexibility has become the most valuable feature in any network.

The reliability of networks under the new demands presented by symmetrical loads becomes critically important for protection, health and safety, and security. Remote working does not just mean our home offices – for example, as we have seen, when it comes to crews at sea, connectivity is just as, if not more, essential.

How can we help?

Many satellite systems were designed based on assumptions of asymmetry and this kind of symmetric, or bi-directional, load can be problematic. Investment in more technology can be particularly challenging in the current climate as many network providers are weighing up how long these demand changes may last. While some companies have asked staff to work from home indefinitely, others have simply followed government guidelines in their part of the world. The uncertainty means it is difficult for network providers to make long-term changes in the current social and economic climate.

The factors affecting the delivery of data have changed substantially. That is why now, more than ever, service providers need to consider the importance of planning and optimising their networks. As these plans take shape, a flexible approach is important, allowing them to match the circumstances of the future, whatever they may be.

As the backbone of the world’s communications infrastructure, satellite services play a crucial role by filling in the gaps that other networks cannot reach. In enabling and extending terrestrial networks and providing the network resilience and ubiquity of coverage needed to support symmetrical networks, satellites are the glue that binds together the digital fabric of our connected society. In an era increasingly defined by the connectedness of our society, reliable connectivity will be key to unlocking our future potential.

So, what comes next?

After the year we have had, and continue to experience, it would be a brave person to predict what comes next. But the driver for greater connectivity will not stop. Nearly half the population in APAC does not yet have access to the Internet, which makes the economic growth in connecting the unconnected almost boundless. While we do not know the final destination, nor the vehicles that will one day travel in it, we are building the digital road to the future.