Telekom Malaysia (or TM) – a Kuala Lumpur-headquartered telecommunications company – needed to streamline, digitalise, and automate its processes. In 2017, it took its first step towards digital transformation. A couple of years later, in 2019, the organisation ultimately chose to use UiPath’s RPA software, which monitors the activities of TM employees and learns from them to automate business tasks.

According to Roaida Abdullah, Assistant General Manager, Intelligent Automation Design, Group IT and Digital (GITD) at TM, the telecom started its RPA journey by having several solutions tested and piloted by specific TM divisions. When the company decided on UiPath, GITD established a centralised centre of excellence (or COE – a team that provides leadership, best practices, research, support and/or training for a specific area) and selected UiPath as its RPA provider.

Roaida said that TM also implemented the Agile methodology to promote cross-functional collaborations, and encourage testing and learning to manage uncertainties while deploying the RPA bots.

“Today we have automated more than 40 processes across 10 different divisions, covering the domain of Service Fulfilment and Assurance, Network Operations, as well as ERP and Procure-to-Pay processes,” said Roaida.

Getting buy-in from employees

Implementing RPA wasn’t just a matter of deploying it into TM workstations, however. Roaida said that TM first communicated with its workforce regarding its automation plans. TM knew that one of the biggest challenges in introducing RPA is assuring employees and managers that automation will help them, and that they won’t lose their jobs.

“We started by putting together a communication plan, highlighting the benefits and utility that automation would bring to the day-to-day lives of employees. We even named our robot ‘Robin’,” shared Roaida.

The response was positive. Roaida said that everyone wanted to be part of the implementation, and that people were lining up to automate their processes to get rid of mundane procedures.

Because TM started its digital transformation before the COVID-19 pandemic hit, they already had the technology in place to continue operations. When the Malaysian government’s Movement Control Order was enforced, TM had already started automation so it just was a matter of accelerating the process.

“We used RPA to adopt a holistic approach in ensuring network monitoring and service quality by getting Robin to create Customer Trouble Tickets and notify customers for issues detected in their internet connection. This was done by using AI that enables the identification and filtering of issues based on customers’ usage trends. As we gradually expand the automation initiatives, this has also translated into a better experience, especially for those who are mostly working from home,” said Roaida.

Roaida added that TM also started intelligent document processing in Procure-to Pay, which she says is helping them speed up document verification for invoicing and payment to TM partners.

Looking at TM’s history, this UiPath project is no one-off activity. To stay competitive, the telecom continuously modernised its IT infrastructure over the years. It started its initial virtualisation initiative in 2007, which is said to have led to over 80% savings for its data centre space optimisation and power consumption.

“Over the past couple of years, we have worked to strengthen the security of our software-defined data centre, which has network virtualisation and automation capabilities. We also started container orchestration in 2020, which enabled application modernisation with microservices,” shared Roaida.

So why choose UiPath? According to Roaida, it was to reduce costs, improve productivity, and be more competitive. “We knew that their RPA platform is scalable, flexible, and also relatively easy to use. In fact, as our RPA journey progressed, it spurred a larger agenda of change and found that the biggest champions of RPA were the employees themselves,” she said.

So much so that TM later formed an RPA community for people to learn from each other and share their experience in creating RPA bots.

David Neo, Head of Professional Services, Emerging Markets at UiPath, said that they perform RPA and process discovery workshops with clients to help them identify what are the best processes to be automated. David says these initiatives increase their clients’ ability to determine more use cases and automation opportunities.

“We’ve seen success with hackathons that are run so that users can create their own processes and start developing their own automations. We may also introduce methods such as AI-based process mining and task-mining solutions to help customers discover inefficiencies, violations, or compliance lapses so that their processes can be improved, or find RPA automation opportunities from the process analysis,” said David.

“We conduct training where needed so that clients have the framework and practice that help their COE and Robotic Operations Center (i.e. an extension of the COE led by an operations/IT hybrid team) to have an operating model that better supports the automation journey and be self-sustaining,” he added.

UiPath also introduces clients to solutions like its Automation Hub, which is like an intranet for an automation project’s lifecycle management. This helps them collaborate and create suitable bots. Sometimes, clients ask them to walk through and automate complex workflows as well. These may include automating workflows that need specialised or custom capabilities such as AI-based document understanding, or other applications such as chatbots for contact centers.

“What we do all the time is to take a consultative approach to assist customers, and that may also include service assurance to evaluate and benchmark how they are doing,” said David.

Start with a pilot

To make full use of UiPath’s RPA solutions, David recommended that organisations should complete a pilot project or proof of concept.

Firms should lay the groundwork for a scaled-up automation effort by starting small, identifying a process or pain point that seems perfect for automation and using RPA to automate it, according to David. Once the efficiency and effectiveness of RPA is proven, then it is time to inform management and the C-suite and start establishing a COE.

David added that UiPath is also working on AI-powered discovery, prioritisation, and integrated development of its most effective automations. “UiPath Task Mining automatically identifies and aggregates employee workflows and applies AI to identify repetitive tasks that have high potential for automation. This is integrated with the UiPath Platform to support one-click exports to process definition documents or UiPath Studio for faster bot-building,” he said.

David says this integration makes it easier to identify processes that are ripe for automation. 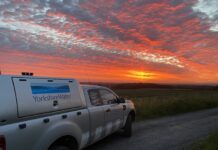 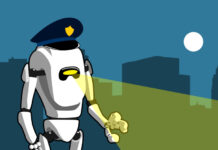