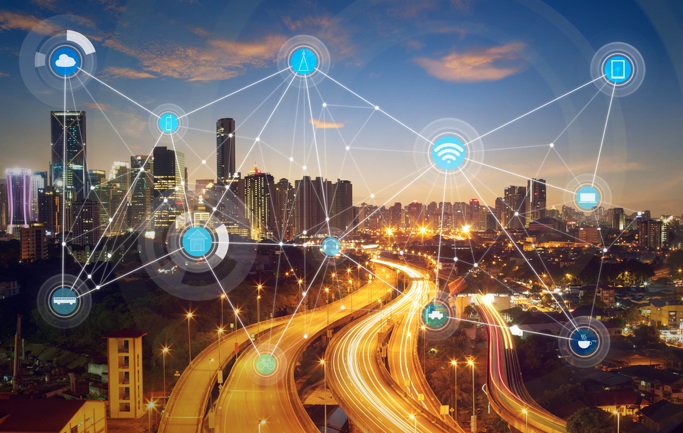 Never before has the world witnessed years of enterprise modernization squeezed into weeks of urgent digital transformation. Once the global lockdowns began, options for enterprises became necessities, and year-long roadmaps were improvised into overnight implementations.

The load on digital services increased manifold, and digging deep into the network, under the application, protocol, session, packet and transport, one finds the humble switch, whirring away in the background. (And if it’s an Aruba switch, it is also cost-effective, compact, reliable, secure and silent.)

The online world of today is markedly different from that of a decade ago — networks, compute, storage and other resources need to be elastic in order to cater to this new world, and abstracted away from hardware dependencies, fixed workloads and predictable bandwidth. Just as migration from on-premise to cloud presents requires a paradigm shift in the way enterprises think about infrastructure, a similar shift is necessary in the way enterprises deal with networks.

Compute is getting closer to where workloads are — to the edge. And cutting-edge switches are a key component of that migration. Traditional networks are being unraveled — they now have nebulous perimeters, and correspond to new ways of device and compute deployments in line with new applications coming to the fore. Connectivity must be fast, stable, and secure even at the edge.

In December 2020, market research firm IDC predicted that by 2023, 70% of enterprises will run varying levels of processing at the IoT edge. Further, IDC expects that more than 50% of new enterprise IT infrastructure will be allocated to edge environments, and these edge environments will have to be connected reliably and securely to data center and cloud networks.

The cloud forms the base of this neo-normal IT landscape because it offers most of the automation and digital benefits that organizations hope to leverage. 5G, IoT and AI promise to enable more robust and extended digitalization, with new capabilities possible at the edge.

Getting to the core

At the core of this transformation are four critical factors for network modernization:

·         Software-defined, application-centric automation and orchestration, also known as Infrastructure as Code (IaC), enabling ITOps to have a network that is fit for purpose in the cloud era

·         Full stack solutions and integrations, including lightweight IT footprints for edge use cases (including support for HCI, SAP, private clouds, infrastructure as a service [IaaS], and so forth)

·         Streamlined operations across IT teams, ensuring operational alignment focused on the support and delivery of applications —provisioning of infrastructure and integrated processes result in less friction and fewer delays in supporting the releases and ongoing iterative enhancements to applications and services

The idea is to establish a continuum between the cloud and the edge that is seamlessly virtualized, autonomous, programmable (i.e., intelligent) and sustainable.

With lean manpower and tight resources as the default in most network environments, modernisation is absolutely critical as an avalanche of demands from wireless and wired clients rains down on IT personnel.

At Australia’s RMIT University, for example, education delivery has evolved into a hybrid model. At any one time, approximately 30,000 students are now concurrently connecting multiple devices to the campus network. Students will float between campuses, expecting their network connectivity across the over 150 campus buildings and 4,500 access points to remain responsive and stable. All this would not have been possible if the university did not modernize its network with over 1,200 next-generation intelligent switches for its mobile-first campus.

According to the university’s Senior Manager of Global Networks, Stephen Castellas: “The best feedback I hear is when staff and students say that, ‘the wireless is great. It just works. Users are able to move from building to building without losing connection, and availability is second to none.”

Next-gen switches are also a critical component in preparing the industry for the imminent impact of 5G and Internet of Things.

KEMET Electronics Corporation — with 12,000 employees across 22 countries worldwide — had implemented IoT and IIoT-enabled Industry 4.0 automation throughout its manufacturing and sales facilities. Unfortunately, the digital transformation ran into hitches. “With our previous vendor and controller-based system, we had to manually right-size hardware and software infrastructure whenever network changes occurred,” recalls Tony Krawczynski, Manager of Network Services, KEMET Electronics.

Wi-Fi deployment times took days, causing delays in team collaborations and lost productivity across its millions of square feet of manufacturing and sales properties. The firm estimated that millions of dollars of potential profitability could have been lost until they found a solution.

The saving grace eventually came in the form of a network modernisation drive involving next-gen network equipment. “Using Aruba Central, we have a virtual controller that scales smoothly as our needs change,” he continued. “Any modifications we make get pushed out automatically to the related APs. This is helping us move toward a zero-touch model systemically, regardless how many thousands of miles a location is from our U.S. data center.”

The firm’s expectations were exceeded from day one of the revamped network rollout. Said the firm’s network engineer Mario Luna: “For example, with two people, we configured and packaged 100 access points in less than two business days. Then we simply shipped them to the site and put them in place. Because we were able to pre-stage the APs, an implementation process that would’ve formerly taken weeks, and disrupted the production floor operations, was completed non-disruptively in days.”

Luna added that they also added the Aruba Installer app to their smartphones. “It supplies tools that further speed the process. Eliminating so much manual work reduces deployment stress considerably.”

The foundations of next-gen networks

In both the RMIT and KEMET scenarios, next-gen switches formed the heart of their network modernisation, powering improvements across their intelligent-edge environments. The Aruba Edge Services Platform (ESP) is the industry’s first cloud-native platform designed to automate, unify, and secure the edge — using AI to spot and fix problems before they impact business. It is natively designed around three interdependent key pillars: Unified Network Infrastructure, AI Ops and Zero Trust Security.

These pillars enable the self-optimizing network to provide simplicity in operation, full real-time visibility to operators, and autonomous alerts and intervention in case of intrusions into the system.

Supplementing the Zero Trust security baked into the network, are features such as dynamic segmentation, policy enforcement firewall and the ClearPass Policy Manager. These empower network administrators to virtually eliminate the need for VLANs and ACLs by providing traffic isolation using centralized policies based on device and role. Network engineers can bid goodbye to managing security policies with static VLANs, ACLs and subnets where a minor policy change can entail dozens of CLI commands, replicated across every impacted network device.

The Data Center and beyond

It is  apparent that data centers must also be modernized to remain relevant in a world where cloud technologies, operational models, and processes predominate. For the data centre network, the implications are profound.

Data center network modernization requires automation for agility as well as flexibility to support modern and traditional workloads and heterogeneous infrastructure. In addition, there is a strong requirement for extensibility and API-based programmability to integrate with cloud orchestration and management platforms and other datacenter infrastructure (compute and storage) as well as with edge environments. Data center network modernization requires pervasive, real-time visibility that facilitates fast troubleshooting and remediation, which in turn support a more proactive operational posture.

To truly stand out, a next-gen data centre will have the ability to orchestrate with many third party data center automation stacks to provide seamless configuration and operation. IT operations can be made easier to provision, deploy, and manage with a smart, software-defined orchestration solution for enterprise data center networks.

This in turn offers valuable benefits such as rapid provisioning that is scalable to control global networks autonomously in real-time without user intervention;  deep IT ecosystem visibility and integration; and the power to satisfy the needs of critical application workloads with policies around explicit demands such as latency.

Plugging into the rest of the stack

The network is more important than ever, a critical digital conduit through which applications, data, communications, and transactions flow. Outdated networks struggle to meet the needs of the present,  and certainly not those of the future.

HPE Aruba’s switches have been created with future technologies and applications in mind, and bring enterprise-grade performance, scale and flexibility from edge access to data center while simplifying the operational experience. HPE Aruba’s next-generation portfolio of networking products is the key to unlocking meaningful infrastructure and process modernization for the frontier-technology era.

To find out more about the benefits of connectivity at the Edge, download Aruba’s “At the Edge of Change: Navigating the New Data Era” report here.

Four steps you can take to protect your strategic information