The partnership came about amid the increase in cybercriminals looking to target Japanese companies that utilise technologies for autonomous driving assistance systems, electric vehicles, and connected services.

Using the Decyfir platform enables Mitsubishi to monitor the dark web and track activities or conversations that pose a threat to its business. To help bolster its cybersecurity posture and digital resilience, the carmaker also formed computer security incident response teams to collect and analyse cyber threats across the organisation.

“With the rising level of cyberattacks, cybersecurity threat intelligence information becomes paramount as a countermeasure and deterrence to these risks,” the company said in a statement.

“Decyfir is a platform that enhances our cybersecurity posture as it goes one step further in providing critical early warning intelligence to identify attack surfaces and vulnerabilities at the earliest stages, allowing our security team to take rapid action in mitigating risk,” Mitsubishi added.

Based on analyses of threat indicators collected from the deep web, dark web, hacker forums, and other closed communities, as well as Cyfirma’s own research, attacks are said to be predicted using probability prediction models and analytics engines.

“We are confident that our Decyfir platform will be instrumental in helping Mitsubishi strengthen their cyber posture, protect their valuable IP from any cyberattacks and threats, and give them the upper hand against cybercriminals,” said Kumar Ritesh, founder and CEO of Cyfirma. “Cybercrime and attacks are dominating news headlines today, and the reality of these incidents happening to anyone, anywhere, anytime is sinking in.” 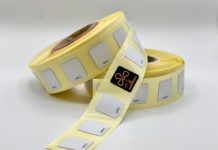 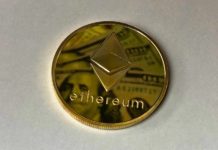