Former Japanese lawmaker Kotaro Tamura is no stranger to geopolitics. He served as a Senator in the Japanese Diet, Parliamentary Secretary in the Cabinet Office of Economic and Fiscal Policy to then Prime Minister Shinzo Abe, and chairman of Japan’s Ministry of Land, Infrastructure, Transport, and Tourism.

Tamura is also a seasoned veteran in business. Before his career in public service, he was an investment banker, CEO of a newspaper company, and owner of a custom-made business suits supplier. Since 2012, he has published over 10 books which have sold more than 1 million copies.

Frontier Enterprise recently had an opportunity to talk to Tamura to discuss technological advancement, the impact of diversity on technological change, policy making in the Asia-Pacific region, and more.

The COVID-19 pandemic has sped up the adoption and advancement of technology – particularly digitisation – in Asia. How can policy makers and business leaders keep up with technological advancements?

Leave it to the young people and future generations. The transfer of authority from older generations to the next is important as it sets the stage for young people to play an active role in decision-making and policy-making. This is because they are able to offer the latest insights on what the current market demands are, and how businesses/countries can capitalise on that.

Next, diversity is also required for a wider sourcing of ideas. Invite various human resources from diverse nationalities and backgrounds, and let them play an active role in providing insights, ideas, and suggestions. In the coming era, there is no single correct answer.

It can be said that it is natural to make a mistake. There is no point in fearing failure in such times. Businesses/Countries should put a mechanism in their organisations – or society as a whole – that allows you to take on challenges without fear of failure. The key is to have in place anti-fragility measures that will not cause great damage even if it fails. Leaders must have the flexibility to learn from their mistakes.

In the context of Japan, it must look to eliminate seniority and homogeneity, and break away from the narrow perfectionism that does not admit failure. There is no shame in failing, we just need to learn and improve along the way, while balancing these with risk management.

What do you think Japan’s and Singapore’s policy makers and business leaders can learn from each other? What are the core strengths of each that it can offer the other?

Japanese political leaders should learn from the flexibility of the Singapore government. The Singaporean government has enriched a nation that is more resource-scarce than Japan. Looking back at Singapore’s history, it has survived numerous crises and is continuously growing its country. This includes the independence from British and Japanese colonies, separation from Malaysia, the Asian currency crisis, global financial crisis, and the latest COVID pandemic. With those crises acting as tests and testaments to Singapore’s grit and governance, the country is growing brilliantly.

Singapore displays strong stability while incorporating diversity within its decision-making, thus empowering excellent human resources regardless of age. It also constantly re-educates its bureaucrats, leaders, and people according to the times.

Concurrently, I would also like the Singaporean government, which is surrounded by Southeast Asian countries, to recognise that Japan has a socio-economic structure that complements Southeast Asian countries. Both the population pyramid and the stage of economic development are perfectly complementary. Japan will embrace the young talents of Asia through Singapore, and Asia will embrace the spirit of Japanese manufacturing perfection, mature technologies and industries. Of course, the Japanese government should also strongly recognise this synergy and connect with Southeast Asia, tapping on Singapore as a gateway.

Leapfrogging changes are occurring in Southeast Asia. That’s because Southeast Asia has no infrastructure or vested interest barriers – digitisation is a good example.

Singapore, where 70% of the people are Chinese and has a close relationship with China, will also serve as a gateway for Japanese-Chinese business. As such, this provides neighbouring countries the opportunity to learn from Singapore on how to interact with China.

Japan is well known for its focus and innovations in technology. What are your thoughts on its technology policy today, especially its impact on Japanese businesses?

Vested interests and existing infrastructure barriers are hindering the penetration of new technologies into our society. Taking digitalisation once again as an example – the delay in digitisation of the automobile industry is fatal. Japan used to be the best in the world for home appliances and semiconductors. However, those industries are now lagging in adopting new technologies and designs.

Without an environment, education system, mindset of allowing failure, and the practice of empowering young people and foreigners, the great evolution of technology in the future will not be possible.

Japanese universities have seen the uprising of new technology innovations/ideas. However, there are not enough funds channelled towards them due to financial difficulties of the country and universities. Small and medium-sized enterprises with a lot of technology are also having difficulty surviving due to the shrinking market caused by the declining population and shortage of successors.

Unless there is more shareholder pressure, Japanese companies will remain resistant to technological advancements/changes as they are comfortable with their current processes. Like the saying goes, “if it’s not broken, why fix it?”

How can Japan stay on top of technological changes coming on the horizon, like 5G, artificial intelligence, blockchain, etc? What are some of the policy enhancements it must make?

Neither businesses nor countries should be afraid of investing in research on those technologies, and aim for greater social implementation of those technologies without fear of its impacts to existing infrastructures.

To that end, leaders should enable highly skilled human resources – regardless of age, nationality, or gender – an opportunity within the organisation. As mentioned above, we should aim to incorporate diversity into society and respond to changes with agility.

While the Japanese government faces financial difficulties, individuals and businesses have huge amounts of money to invest. We should funnel those monies not only towards low interest rate deposits, but also in such technologies that not only push boundaries, but can greatly advance society and generate larger returns. For that purpose, political stability and strong leadership suitable for such growth methods are required.

Kotaro Tamura will be conducting a course on Insights into Regional Economics and Culture for Japanese Business Leaders and Policy Makers at Lee Kuan Yew School of Public Policy (National University of Singapore). Readers can find out more here –
https://lkyspp.nus.edu.sg/executive-education/programmes/insights-into-regional-politics-economics-and-culture-for-japanese-business-leaders-and-policy-makers-18th-run-2/ 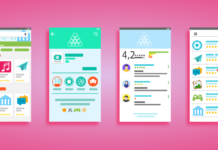 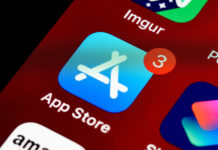 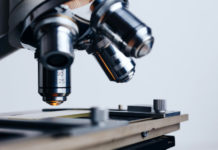