One of the major enablers of new digital products and business models for the transformation of enterprises in Asia is agility. The region is shifting digitalisation priorities to be more resilient against future disruptions and to leverage current volatile, uncertain, complex, and ambiguous market conditions.

According to this year’s IDC-Workday Digital Agility Index Asia/Pacific study, organisations have accelerated their investments in digital technologies. By the end of 2022, at least half of the region’s economy will be based on or influenced by digital. Therefore, while connectivity used to be an enabler, as new products are developed and portfolios evolve in modern digital business, it is becoming an intrinsic part of the product itself.

Furthermore, there is a greater need to create secure and customisable connections to new business partners as and when needed, not to mention time-independent booking and adjustment of services and intelligent automation. All in all, the modern digital business requires strength, resilience, and flexibility to win the game.

5G at the core of enterprises’ digital agility

Accelerated digitalisation means that enterprises, organisations, and society are increasingly dependent on technical innovations. In this context, 5G will play a crucial role in the coming years, able to support entirely new service offerings, use cases, business models, and revenue opportunities. There is much more to 5G than simply “super-fast Internet” for the smartphone, as the new mobile standard is widely perceived by the public.

The rollout of 5G networks will be a game changer in terms of the amount of data that can be transmitted over a mobile network, as well as the number of devices that can be connected: 5G can enable peak data rates of up to 20 Gbit/s, with up to 1 million devices connected per km2, and data transmission is highly reliable, with a latency of as low as single millisecond.

5G, therefore, offers enormous potential for a range of industrial and economic sectors, with application scenarios in agriculture and construction, in the transport sector, in energy production, and in the healthcare sector.

A prominent example is connected factories in the wake of Industry 4.0. Here, a factory is no longer necessarily the preserve of the manufacturing company alone; it now provides a home for intelligent machines that may be owned and operated by external partners.

Consequently, intelligent production processes place much greater demands on the resilience of the connectivity not only within a 5G-enabled factory and the company locations, but also to external networks.

The more an organisation can build automation into their business model, the better chances they have for enabling new opportunities, streamlining operations, and boosting digital agility, making it key to achieving business success. 5G will serve as a catalyst in strengthening an organisation’s digital agility, as long as the infrastructure supporting it matches its performance and flexibility.

There are many promising use cases for 5G — like smart cities, autonomous driving, tactile Internet, and remote surgery — but many of them are envisioned for the next five to ten years, and beyond. 5G has been implemented to satisfy future use cases; projects are demonstrating the promise of the technology, but so far none have been deployed at scale.

Unlike previous mobile network generations, 5G is not a single technology. It is a set of different standards, with various features on multiple layers developed for specific use cases, such as improving mobile broadband, optimising machine-to-machine communication for massive arrays, and offering ultra-reliable low latency communications for time-critical use cases.

This requires, in the background, additional technologies and infrastructures that form parts of the 5G technology stack.

5G is only in its infancy. There is a long way to go to even reach its initial goals. The technology on smartphones uses the radio access network, not edge networking, service virtualisation, or function chaining, etc — features that will come with software integration.

One major innovation with 5G is concepts from fixed-line networking being integrated into wireless standardisation, enabling end-to-end connectivity. As companies begin to use the standard at scale and productise it, we will see further evolution of the technology stack to meet growing commercial demands.

We will not know the limits of 5G for another decade, as increasingly complex futuristic use cases are brought to reality. Smart cities will grow from mini projects to massive deployments, 5G will become ubiquitous on freeways, opening the way for wide-scale autonomous driving. It will be in homes and offices, and built into an ever-increasing range of our connected products, leading to greater agility for companies and individuals alike.

However, making this envisioned future a reality will require fine-grained interconnection of networks — not just the mobile networks, but also fixed-line networks and satellite networks — and connectivity to data centres and clouds.

With all the benefits that state-of-the-art 5G networks bring with them, the connection of these networks to the rest of the world must be just as smart: ensuring low-latency, high bandwidth, flexible, highly resilient, and secure connectivity to external networks. Only through the successful interplay of technologies and the widespread deployment of 5G will the new mobile standard bring added value to companies and enhance digital agility. 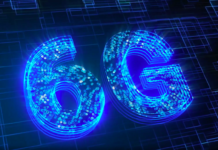