There is insufficient training and investments in data literacy, despite increasing demand for data skills, which leave business leaders with a false sense of security, according to Tableau.

In Asia Pacific and Japan (APJ), nearly 80% of decision-makers (Singapore, 78%) say that their department successfully provides its workers with needed data skills. However, less than 40% of regional employees (Singapore, 37%) believe the same.

Singapore organisations have the highest data skills expectations out of all countries surveyed globally with 91% of decision-makers surveyed expect basic data literacy from employees in every department — including product, IT, HR and operations, compared to the global figure of 82%.

Basic computer and data skills were the top two skills that  decision-makers in Singapore highlighted employees should have fully acquired today.

However, while business leaders and employees agree that data skills are increasingly essential to understand and act on the vast amounts of data their organisations produce, that awareness doesn’t translate to investments in data skilling.

Data literacy has a positive correlation with employee retention, as 83% of employees in Singapore  surveyed say they’re more likely to stay at a company that sufficiently trains them with the data skills they need.

However, many workers feel underskilled. Only 35% of surveyed employees in Singapore believe their organisation has equipped them with the data skills they need, 36% of those surveyed in APJ shared the same view.

Compounding the issue, the survey revealed that  41% of Singapore’s decision-makers offer training only for employees in traditional data roles such as analytics and data science — the highest of all markets surveyed in APJ and globally. 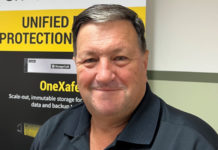