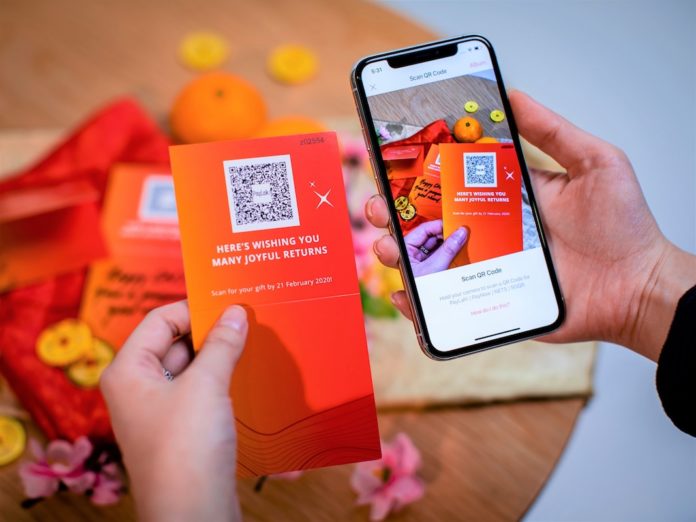 DBS is launching this Chinese New Year (CNY) an enhanced version of the DBS QR Gift, originally introduced in 2019 as DBS QR Ang Bao and touted as the world’s first loadable QR solution.

With the dual objective of eliminating the use of cash whilst preserving the tradition of exchanging physical red packets, the DBS QR Gift was well received by the public, with over S$.5 million loaded onto DBS QR Gift cards during the CNY 2019 period.

To deliver greater convenience and time savings, DBS is rolling out a suite of new features for the DBS QR Gift.

First, younger teenagers can now access DBS PayLah! with their parents’ consent — previously open only to those aged 16 years and older — enabling youths to redeem DBS QR Gift cards on their own.

Third, a new bulk-loading feature enables customers to save time by loading up to 10 DBS QR Gift cards at once, instead of having to scan and load each at a time.

And fourth, the DBS QR Gift is made of environmentally-friendly paper and designed so they can be given out without the use of red packets, with space for users to pen personalised messages for their recipients.

“We’re pleased that the public responded warmly to the DBS QR Gift last year and have been taking in feedback from consumers since then,” said Jeremy Soo, managing director and head of consumer banking group (Singapore) at DBS Bank.

“We hope this (enhanced version) will make CNY celebrations more seamless and hassle-free for consumers, giving them more quality time with family and friends,” said Soo.