Urban development is becoming increasingly digital, and a small city’s mayor in the Philippines has bet on digital twins being the next stage of this evolution. The technology is enabling developers to detect potential physical issues with buildings before they are even constructed, helping urban planners design infrastructure that is sustainable and efficient, and improving disaster resilience capabilities for cities.

At the AWS Worldwide Public Sector Summit 2021, spokespeople from geospatial intelligence solutions provider Graffiquo, Cauayan City, and AWS discussed how Cauayan City, located in northern Philippines, leveraged digital twin technology to improve the lives of its citizens, and its impact on smart city planning for both developed and developing nations. Cauayan City, with roughly 160,000 inhabitants, is located roughly 350 kilometres north of Manila on the eastern seaboard. Much of the city’s area consists of farmland, with corn, rice and tobacco fields covering its landscape. The city is not especially well-resourced or wealthy, and often faces challenges because of the natural disasters that hit The Philippines frequently.

Bernard Faustino Dy, Mayor, Cauayan City, shared that around 20 typhoons normally hit the Philippines every year on average, and heavy downpour leads to massive damages. Before the use of advanced forms of technology, such as that provided by Graffiquo, it would take days, sometimes even months for people to be able to assess the damage — be it on property, crops, or infrastructure.

An honest and effective assessment would normally take time, as people couldn’t move out of their flooded homes. But now, solutions have been developed that have made things easier and more efficient. “Right after the storm hits, we get a snapshot of the damage assessment — whether it be to crops, homes, or infrastructure and whether bridges are still passable or impassable”, said Faustino.

He mentioned that technology has definitely made lives easier, not only for the government but also for the common citizens that need help right after a disaster.

As part of the UN’s Smart Cities Network ASEAN programme, Graffiquo was tasked to work with Cauayan City. Faustino said, “Graffiquo helped us by providing us with a digital twin. So this is the first-ever digital twin in the Philippines, a 3D map of the entire city,” he stated.

“Our drones are set to fly and get the scope of the entire landscape, and put it in their software, and through AI we can calculate how much and what kind of damage has happened. Infrastructural damages are calculated depending on the width and length of the roads, and the height of the water in real time. Using this technology we can even fetch details of the people living there, and identify the actual damages”, said Faustino. This also avoids subjecting rescue workers to unnecessary risk.

When asked about how Graffiquo’s solution works, Seok Mei Goh, CEO, Graffiquo, said that the solution comprises two parts. The first one is the capture: “We actually have our own certified pilots, our sets of drones — many of which we deploy to take photographs of the city. Then we have a processing part where we will process that into a digital suite, and then the software platform that we offer our customers.”

The key was to fly the drones effectively so that their photographs could then be modelled into a digital tool. While several amateur drone pilots make regular rounds over most cities, the videos from these drones cannot be converted into digital twins — a specific pre-defined flight path and camera angle are necessary. This knowledge was shared with Cauayan City officials.

Graffiquo’s platform uses AWS cloud services, and when extensive photographs of the city were taken, they were processed by Graffiquo, transferred to a hosting service, and then downloaded by the city officials. Graffiquo is currently deploying AWS Lightsail Virtual Private Server (VPS) and is now looking at AI, ML and serverless cloud storage to augment their services. Because processing requirements are elastic, having the AWS cloud platform helped Graffiquo scale up and down effectively, according to Goh.

Faustino mentioned that while the city was used to typhoons, severe flooding caught it off-guard — especially when it suffered the worst flood of the past 40 years. Digital Twin technology helped immediately assess damage of nearly PHP 600 million (US$12.5 million), a figure that would’ve otherwise taken months to arrive at.

“We were able to identify that out of our 65 barangays (small communities), 9 were totally submerged, and 16 barangays were partially submerged. So this, again, gave us a clearer picture of where to actually evacuate people from and which barangays to focus on — instantly,” reported Faustino.

He further mentioned that with the help of technology, they were able to identify over 7000 separate families that needed immediate help, to whom they distributed around 36,824 relief packs. Faustino believes that this level of targeted relief was possible only because of the use of digital twin technology that helped zoom in on the actual situation. He is convinced that the digital twin technology is a significant milestone in disaster mitigation, preparedness and response. In fact, his team is now working together with Graffiquo to help neighbouring Tuguegarao City with its digital twin project.

Faustino said “Data is the new oil. So the efficiency of how data is gathered, creates a domino effect, in such a way that it affects the decision-making behaviour of the government. When you have the availability and accessibility of data, you allow the government to plan ahead and utilise its resources efficiently.” 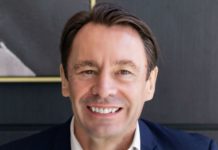