“Singapore was the first country to offer 1 Gbps on a nationwide basis, with prices that are amongst the most affordable in the world – 1 Gbps below US$38[1].”

Singapore has always been at the forefront of the digital revolution, as evidenced by the early computerisation efforts in the late 1980s to improve efficiency in public service delivery to the all-encompassing Smart Nation initiative that aimed to digitise all aspects of the economy through collaborations with businesses, citizens and Non-Governmental Organisations (NGOs). In order to achieve the Smart Nation vision, there was a need to implement an affordable, nationwide ultra-high-speed broadband access across the whole of Singapore.

Internet service was first made available to Singapore’s public in 1994, via the public switched telephone network in the form of dial-up connections. Utilising existing telephone lines in every residential premises, users  could dial into their internet service providers using a modem; the maximum theoretical speed was about 54 Kbps. Dial-up internet  connection through telephone lines had its shortcomings, mainly due to external interference and the quality of the lines. These factors limited the connection speed. Once connected to the internet, the telephone line could not be used for making calls, as connection would drop if the phone handset was lifted from cradle. In spite of these challenges, the consumption of internet service grew.

Apart from speeds up to 25 Mbps, ADSL2+ connection had one big advantage over dial-up connection – both broadband and voice connection could share the same telephone line, i.e. phone calls could be made while connected to the internet. Although this was a relatively low cost and convenient  method to have high speed internet access, the technology came with its limitation – the speed was only as good as the quality of the copper wires. Older houses with ageing copper wires often encountered disconnections and poor speed due to high signal losses and interference from nearby electrical devices.

Cable broadband, on the other hand, was able to achieve higher internet speed of up to 100 Mbps. However, this speed was shared with all cable modem users within the same block or within a landed residential cluster, making the speed slow during peak connection periods.

The copper-based fixed communication infrastructure used by dial-up connections, ADSL2+ and cable broadband were struggling to keep up with the explosive growth of internet usage in the mid-2000s. The proliferation of bandwidth-hungry applications like IPTV, video streaming, online gaming, cloud-based file transfer service and cloud computing accelerated the demise of these infrastructures.

However, replacing the existing communication infrastructure from copper to fibre would incur high costs as it involves the laying of fibre cables to every residential home. Even in Singapore where the majority of the population live in high-rise buildings, the cost to put fibre into every home would be significant.

In 2006, the government mooted the idea of a Next Generation Nationwide Broadband Network (Next Gen NBN) – the foundation in supporting Singapore’s goal to be a leading digital economy. It was one of the first networks in the world that involved the mandated separation of infrastructure assets1. By providing a non-discriminatory, open and wholesale access to the Next Gen NBN, telecommunication operators can focus on offering innovative products and services to consumers and businesses without incurring high fixed costs.

In September 2008, OpenNet won the open bid for the Network Company (NetCo) licence and was responsible for designing, building and operating the passive fibre infrastructure of the Next Gen NBN. The Singapore government provided a grant of up to S$750 million to the NetCo in support of the network rollout. Subsequently, OpenNet was fully acquired by NetLink Trust (NLT) in 2013 as part of a consolidation process.

A two-tier optical fibre ring network topology was adopted as it ensured the highest level of resiliency and redundancy. Besides provisioning for protection failover during network disruptions, this configuration was simpler and more cost-effective to implement as it required lesser cabling and excavation work than star or mesh configurations. It was also a scalable configuration that could easily grow with the fibre network.

As part of the technology-agnostic strategy adopted for the Fibre-To-The-Home (FTTH) network, ITU-T G.652D optical fibres were used. This fibre cable standard can support a full spectrum of wavelengths for future access technologies and applications. This agnostic approach endowed the telecommunication operators with the flexibility to choose their preferred fibre-based access technology and to benefit from the development and availability of future fibre access.

In order to achieve nationwide coverage quickly and cost-effectively, NetLink Trust leveraged existing ducts and manholes which it procured from Singtel.

Gaining access to homes to carry out fibre installations is one of the biggest hurdles for rolling out the Next Gen NBN and NetLink Trust attempted to address this through a multi-pronged approach:

As seen from the above, high levels of government investment and support were crucial to the success of the nationwide fibre network rollout. Equally important is the partnership and trust from the telecommunication operators. In the case of Singapore, all telecommunication operators, including providers of ADSL and cable broadband services, were cognizant of benefits of the Next Gen NBN and went all the way out to promote fibre broadband. The subsequent nationwide adoption of fibre broadband by citizens, public and private sectors over the years has a laid a strong foundation for the Singapore’s Smart Nation initiative.

The robustness of the Next Gen NBN was tested in 2020 when the COVID-19 pandemic struck, forcing people to work and educate from home, and businesses activities to go online.  The sudden surge in broadband and internet traffic did not affect the service quality, i.e. download and upload speeds across Singapore.  Future demand for online sales and digital solutions (for example, e-payment, e-invoicing, e-learning, telehealth, teleconferencing, cloud-based services, 5G, smart manufacturing, smart logistics, smart energy management, autonomous driving, etc.) is expected to surge as consumption patterns continue to evolve and cost-competitive pressure mounts.

The disruption brought about by COVID-19 has reinforced the importance of having a reliable, high speed and low-cost broadband service that is capable of supporting the accelerated pace of digital transformation in a progressively digitised world. 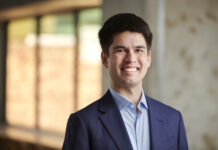 Amplitude CEO on why APAC is ideal for digital innovation 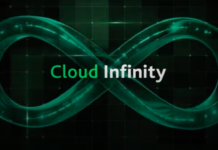 NTU pushes the boundaries of fundraising with ML