It is the age of automated systems, robots, 5G, and artificial intelligence. The Internet of Things (IoT), virtual-reality and machine learning are reality. In this era, data has become the new “natural resource”, with enterprises and governments alike looking for the most efficient means to extract this fuel and power technological engines of value.

Governments around the world are leveraging the power of data – or urban intelligence – to develop what we’ve all come to know as smart cities. A study by IHS predicts there will be at least 88 smart cities worldwide by 2025, with 32 of those expected to be in Asia Pacific. Connectivity is one of the key tools in the value chain required to extract the data from which these smart city engines are driven. In Singapore, the government already announced its plan to invest S$40 million to start 5G trials in its urban mobility, smart estates, and government applications.

The promise of 5G, however, comes with a high price tag and begs a few questions: what about developing world markets? What about rural areas spanning large geographical areas that don’t actually need this much connectivity? What about non-critical applications which require limited investment and better ROI? How can countries and enterprises start developing smart cities by extracting data – the “fuel” – required in the most cost-efficient manner?

According to a study by McKinsey, even the most developed Southeast Asian cities are feeling the brunt of the sudden acceleration of urban development. In ASEAN alone, 90 million citizens are expected to urbanise by 2030. Under the weight of this urban growth, residents in many cities already spend hours packed in traffic or overcrowded trains and buses, air quality is compromised, and sanitation services are not able to efficiently manage the amount of waste being generated.

To achieve the promise of IoT – where countries can digitally transform their cities towards improving quality of life and economic growth in a sustainable way – there is a need to address the fact that many vertical industries are using solutions of varying levels of maturity, some of which may not be suitable for mass volume deployment nor require the cost and complexity of 5G.

Developing countries have identified a few key areas such as health, safety, environment, infrastructure, on which to focus their smart city initiatives. There is no one-size-fits-all offering available for them to achieve the dynamically configurable smart city environment. Many still lack a form of infrastructure to support broadband cellular networks that require constant upgrading, let alone move to 5G. Nevertheless, they will need a range data connectivity offerings supporting a wide array of IoT devices to strengthen their urban intelligence and planning.

Smart cities aim to improve the overall well-being of the citizens through enhanced sanitation, safety and education, with a strong focus on environmental sustainability. For many of these applications, cities will find that implementing smart solutions and initiatives using a low-bandwidth, low-power 0G network will meet the needs of both large dense urban areas, as well as broad, rural geographical areas. In nearly 70 countries worldwide, 0G networks have already been deployed and are being used to implement waste management and other urban planning initiatives. Collection routes are connected to low-power ultrasonic sensors that indicate the level of waste in dumpsters, saving manpower, time, energy, and costs. These sensors are also providing valuable data about dumpster usage, consumption/emptying cycles, and corollary information such as traffic congestion related to collection cycles.

This is good news for developing countries like Cambodia, where sustainable and reliable water supply and sanitation services remain an issue. The Cambodian government have set a goal of providing universal access to improved water supply and sanitation services by 2025. This can be serviced by a 0G network, which is much less expensive to adopt and implement, while its large geographical reach means there isn’t yet a need to spend valuable budget to build the cell sites or masts other networks may require.

In the mobility space, vehicles have also become a part of a smart city’s IoT network. Sensors in traffic lights and parking spaces are proving to be extremely useful in the collection of data for city traffic management. In Taiwan, a smart parking solution relies on parking lot sensors that provide information to local parking authorities via a mobile application. Unlike traffic light sensors which often need a steady, constant transfer of data, those which track and monitor vehicle locations may not. That is where a low-bandwidth 0G network offers a right-sized solution fit. The 0G solution means emerging countries with high traffic congestion such as India and Indonesia can now capture data to fuel their smart city engines, with minimal costs and maximum efficacy.

The urban planning sector also gets its share by using 0G networks. Studies show that an average high-density building’s heating, ventilation and air conditioning account for up to 50 percent of its energy use. This bumps temperature monitoring and reducing consumption to the top of management’s priority lists. For older facilities, completely overhauling existing infrastructure is usually not feasible. In such cases, a wireless, low-cost solution that is accurate and timely is needed. At KK Hospital in Singapore, this is already in motion, with the hospital being retrofitted with sensors for smart temperature monitoring. It provides them a win-win solution, by optimising and improving the efficiency of existing infrastructure to save both capital and maintenance expenditure. Smart control of temperature can also aid in the wellbeing of healthcare providers and improve comfort for patients.

Almost every device has – or will – eventually become part of the expansive and intricate smart city IoT system in today’s increasingly urbanised Asian landscape. The possibilities of harnessing broadband networks to enhance this grand ecosystem of devices are endless, and governments will find applications for it in nearly every corner. While cities are constantly being upgraded, 0G is able to deliver solutions right now and will be able to scale compatibly alongside new, advanced communications infrastructure as it becomes available. 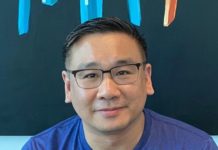 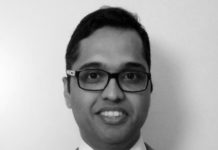 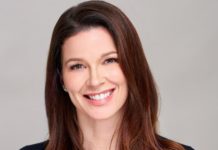